There has been a lot of discussion and media attention about articles recently published by The Church of Jesus Christ of Latter-day Saints detailing the history of the practice of Plural Marriage in the church. 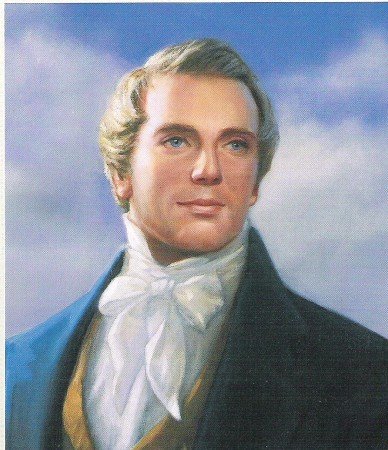 The media has focused on what they characterize as a “shocking” disclosure by the church that founding prophet Joseph Smith was sealed to multiple women– including women who were already married to other men and a few young women, the youngest of whom was 14 years old.

I want to talk to those members of the church who are feeling surprised and upset by this new information and who may feel betrayed or deceived.

First of all, I want to let you know that your reaction is understandable. You had built up expectations about Joseph Smith that appear to have been contradicted. It is normal to feel upset when that happens.

You have probably seen headlines and blurbs like this one from the New York Times:

“It’s Official: Mormon Founder Had Up to 40 Wives”

“Mormon leaders have acknowledged for the first time that the church’s founder and prophet, Joseph Smith, portrayed in church materials as a loyal partner to his loving spouse Emma, took as many as 40 wives, some already married and one only 14 years old.”

“Many Mormons have mixed feelings about a recent disclosure from the church, acknowledging for the first time that the religion’s founder Joseph Smith had as many as 40 wives in his lifetime, including teenagers.”

As I discussed at length in my recent two-part podcast, it is times like this that it is important to be a critical consumer of information. You should take the time to analyze what it is that the church has actually said in its articles and not rely only on how that information has been characterized by the media or bloggers. Don’t draw any hasty conclusions. And don’t accept the headlines at face value. Headlines are by their nature an oversimplification.

Take the time to carefully read the actual articles published by the church on their official website:

Another thing to keep in mind is that the headlines and articles you have seen may have conditioned your mind to read the articles with certain assumptions. In other words, you have been told what the church has said so that when you do read these articles for yourself you will see what they have told you to see; this is a technique that stage magicians use all the time to influence what people perceive by predisposing their audience to see things a certain way.

So it is important not to take for granted that the articles published by the church say exactly what you have been told they say.

For example, blogs and media sources have often used terminology that gives a certain biased impression. You may have seen shock-words like “Polyandry” and “child-bride” which carry with them assumptions that may not be accurate. Even the words “marriage” and “wife” carry implications that do not necessarily reflect the complicated historical situation described in the church’s articles. Unfortunately, even some good members of the church have adopted this terminology, and by doing so perpetuate oversimplifications and assumptions.

While in the modern church-culture the word “sealing” is often associated with courting, proposals, marriage, weddings, and honeymoons, not all sealings are marriages. We also seal children to parents. And historically the doctrine of sealing was extended to ideas of spiritual adoption and spiritual dynasty.

The sealing power and the priesthood keys are connected to binding and loosing agreements, relationships, and promises so that they are valid beyond the grave. Even ordinances like baptism retain their validity through the sealing power.

So it is a mistake to assume that being sealed is always synonymous with courtship, marriage, and sexual intimacy. It can be, but it doesn’t have to be. The word “sealed” is not always functionally equivalent to “married”.

As the article the church has published explains, it appears that Joseph Smith and the early saints may have made a distinction between being “sealed for time and eternity” and being sealed “for eternity” only. In other words, not all of the women who were sealed to Joseph Smith were necessarily his “wives” in the sense that our modern assumptions might suggest.

Some of them, perhaps even most of them, were simply sealed to Joseph so that in the afterlife they would be his wives, but never appear to have been functionally his wives during their lives. And this is especially likely with those women to whom he was sealed who were already married to other men and with the young women to whom he was sealed. The suggestion that he had sexual relationships with these women and girls is speculation with very little evidence.

So being upset by the notion that Joseph Smith had 40 wives, some of whom were already married, and some of whom were young girls is understandable, but it also includes a lot of assumptions that on closer consideration may not be justified or supported by the actual historical record.

Many members of the church were already aware that Joseph Smith practiced plural marriage. A lot of media coverage of the articles has given the impression that the new articles by the church are the “first time” the church has ever acknowledged it– and that impression is simply not correct.

It is true that the church has never given a lot of emphasis to Joseph Smith’s wives. And I think that it is a complex topic and the Church has very good and justifiable reason for not giving it undue emphasis. But the topic has been covered in official manuals, for both adults and youth, and in other publications for many years.

Nevertheless, there are some members of the church for whom this information is completely new. It doesn’t really matter that the information is not new for others if it is new to you. So if you are one of them, you should not feel bad. But you don’t need to feel deceived or betrayed either.

Even though church manuals and publications do contain information on this and other topics, in my experience there are more than a few of the layman teachers in the church who, in the course of executing their callings, don’t actually teach the information in the manuals.

Some of that tendency is just a function of natural prioritization. The manuals almost always contain more information than can be covered in the time allotted. And the members of the class will often drive the focus of a lesson based upon their comments and interests– which is often a good thing. And when prioritizing information to teach, it would seem natural for some people to under-prioritize uncomfortable or difficult topics (possibly even subconsciously) and to correctly emphasize devotional and pastoral content. This would be especially true of teachers who are not very prepared or preparing last-minute.

So it is possible that even though topics such as polygamy are covered in the manuals, that they are being under-discussed or even omitted by well meaning lay-teachers. And I can conceive of how that might lead to a feedback loop of self-reinforcing reticence on these topics.

There are certainly members of the church whose lack of knowledge of these subjects is the result of their own casual or superficial engagement with the church.

However, there are others, perhaps like you, who are sincere, devout, and engaged, but simply have had very little exposure to some subjects through no fault of their own, and, I might add, through no real fault of the church– it is just a function of human nature, social psychology, personalities, and priorities. Learning to apply the teachings of Christ is simply more applicable to our everyday lives than complex historical fact that have little immediate application.

So whatever the reason is that you never learned about these things, we can’t change your past experience; and there is no use trying to blame the church or individuals.

I truly empathize with those of you who have not been deeply aware of the historical details and are now struggling to understand.

It is understandable if it bothers you that the commandment to practice plural marriage appears to have caused strife between Emma and Joseph Smith, and that in order to obey the Lord, Joseph was sealed to some women without Emma’s knowledge or consent.

It is also understandable that you might feel concerned by the fact that Joseph Smith made carefully worded public statements denying that the church practiced polygamy, while privately allowing for the Lord to authorize individuals to practice plural marriage.

I can see how that information could be difficult for you. That is an understandable, normal reaction.

But I believe that if you will carefully read the church’s actual articles on the subject, instead of relying on the characterizations from the media and blogs, and if you will take the time for calm, circumspect, contemplation, coupled with sincere prayer and fasting, you will find peace, reassurance, and a reconfirmation that Joseph acted under the commandment of God.

As I discussed in my recent podcast, Elder Uchtdorf recently published a message from the First Presidency of the Church in which he told a story about a woman who worked as a customer support specialist for a seed supply company. In his story, various customers call up complaining that the seeds they have purchased don’t work properly. And in each case it is not the seeds that were bad, but the customers who had incorrect expectations or misunderstandings about how the seeds were supposed to work.

Sometimes it is the same with the gospel and the church. Sometimes we think that the church doesn’t work, when really it is that we have wrong expectations or understandings about how it is supposed to work.

So don’t give up your testimony when you encounter information that seems to contradict what you know. Don’t be hasty. Don’t make any rash decisions or jump to conclusions. Be patient and withhold judgement until you have more information. And don’t take what you hear or read at face value. Watch out for your own modern assumptions. Look into it yourself and form your own opinions.

Joseph Smith was a true prophet of God. He restored the true church of Jesus Christ. And he was faithful to the Lord throughout his life.

But don’t take my word for it. Find out for yourself.

Since this post is getting a little more attention than usual, here are a few extra things:

2. If you want a more in-depth study of Joseph Smith and Plural marriage, I recommend checking out Brian Hales website: http://josephsmithspolygamy.org .

3. My friend, Meg Stout also has proposed a well researched and interesting theory about Joseph Smith and Plural Marriage which you can read in detail in her multi-part series of blog posts at the Millennial Star blog: A Faithful Joseph.

A couple of people have raised the complaint that my post gives the impression that Joseph Smith never had a sexual relationship with any of his additional wives. I am not saying that. Some of his sealings were for eternity only, and others were for time and eternity. I leave it up to readers to study the church’s articles, as well as the information on the websites linked in the update above, and make up their own minds on that subject.