Well, my previous article, “Some Thoughts for LDS Members Who are Surprised and Upset about Joseph Smith’s Polygamy“, garnered a lot more attention than I would have ever guessed when I wrote it last Thursday evening. A great big thank you to all of the kind people who shared it. It has been viewed over 110,000 times over the last 3 days. That’s a whole lot for my little blog. I am humbled and hope that I have been able to influence readers in a positive way. 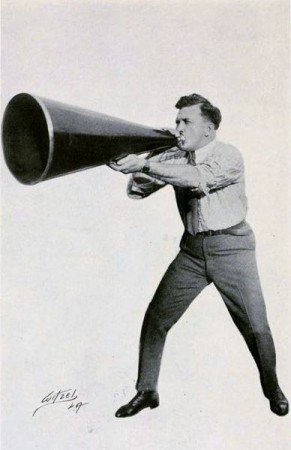 It is inevitable that these kinds of topics will also receive some angry and critical responses. That is bound to happen whenever anyone speaks out about a topic that matters to any significant number of people. It should be expected. I am thankful for the people who engaged with me in generally polite and constructive ways, even when we disagree. There are good, honest, intelligent people on opposite sides of most issues.

However, the Internet is infamous for unfiltered, belligerent, crass, and offensive comments.

When we respond to people who engage in this kind of interaction, I think that it is important to make an effort not to respond in kind.

Elder Dallin H. Oaks of the Twelve Apostles of the Church recently admonished members of the church saying, “Followers of Christ should be examples of civility. We should love all people, be good listeners, and show concern for their sincere beliefs. Though we may disagree, we should not be disagreeable.”

On the Internet, that ends up being harder to do than say. I have failed to live up to that aspiration many times. It takes time and practice.

I have a very strict policy about what I allow in the comments on my blog that gives me space to respond. Some people are very annoyed by my comment moderation, but for me it facilitates constructive communication with those who disagree with me. It helps me to respond in a manner more consistent with Elder Oaks’ admonition.

Tone matters as much as content for the commenters that I let through moderation and I am not afraid to just ignore or delete. When I do respond, it is because I want to engage with another person, not because I am forced to by a avalanche of comments on a time-frame not of my choosing.

Often I choose to respond in private rather than public. Public conversations can often be more of a public performance, intended to influence the largely-silent audience, rather than a real discussion between real people trying to understand one another. The temptation to score points with the audience through sarcasm and slogans is often too great, and real dialogue becomes difficult.

I encourage you to adopt some kind of commenting policy in your own personal spaces on the web that allow you to respond to others in more Christ-like ways while still giving you space to stand up for the things that you believe.

Thanks again for reading.