The internet has been buzzing with discussion of President Obama’s recent call for Net Neutrality and the contrary reaction from some Republicans like Senator Ted Cruz. 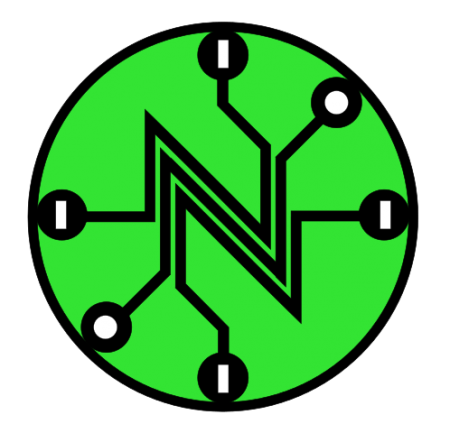 If you are not familiar with the term, I encourage you to read about Net Neutrality on Wikipedia. (As always with Wikipedia, it is a good idea to check out the Talk page and the change history in addition to the main article).

Personally, while I tend to favor many of the principles of Net Neutrality, I have mixed feelings and concerns.

As a customer of my Internet Service Provider, I pay for access to the Internet and expect to be able to use it to visit sites or services that interest me. I don’t want the ISP slowing down or even blocking sites that I want to visit because they have deals with competitors of those sites.

And Net Neutrality is intended to protect me from exactly that kind of thing.

And as a web developer I think that if I were to start a web company to compete with some existing web service, I would not want to be unable to compete because my well-established competitor has a special deal with Internet Service Providers that makes their service run faster and smoother than mine.

And Net Neutrality is intended to protect me from exactly that kind of abuse too.

And for those reasons I support Net Neutrality.

But the issue is complicated. It’s not as cut-and-dried as many proponents make it out to be.

Yes, some of the influential people who helped invent the Internet, like Vinton Cerf and Tim Berners-Lee, are in favor of Net Neutrality. But others, like  Bob Kahn and David Farber, oppose it. And there are some interesting arguments against regulating Net Neutrality.

And despite the fact that I agree with the ends,  I also have some serious concerns about how Net Neutrality will be achieved and what it will mean in the long run.

As I have emphasized in posts in the past, it is possible to pursue good things through bad or even wicked means. The ends do not justify the means.

So you have to consider not just the ends, but the means through which it is proposed that they be accomplished.

Senator Ted Cruz was heavily criticized and mocked for comparing President Obama’s call for Net Neutrality to “Obamacare for the Internet”. Some implied that he was in the pocket of telecommunication company lobbyists. Others assumed, instead, that he is misinformed or dumb. And it is true that his initial reaction of calling Net Neutrality “Obamacare for the Internet” was a clear oversimplification– a soundbite, not an argument.

But in a previous statement from last May, Senator Cruz also raises a valid concern regarding Net Neutrality: “Congress, not an unelected commission, should take the lead on modernizing our telecommunications laws.”

This is, in fact, a serious problem with Obama’s Net Neutrality proposal. Obama is asking the FCC to unilaterally reclassify broadband Internet providers (including mobile carriers) in a way that allows the FCC to impose Net Neutrality without any new legislation.

In other words, this is another case of President Obama attempting to subvert constitutional checks and balances in order to impose sweeping changes as he sees fit. Many of those changes may be desirable, but the means by which he seeks to bring them about are subversive and wrong. Net Neutrality should be achieved through proper constitutional, representative government, not by sweeping regulation imposed through unilateral redefinition by unelected executive-branch bureaucrats.

Net Neutrality should be implemented through a proper legislative process in congress, not by executive-branch decree.

The responses from various broadband internet companies is also interesting and worth your time to read: Verizon’s Response, AT & T’s Response, Comcast’s Response .

Chances are high that if the FCC did unilaterally reclassify broadband internet providers as public utilities as Obama proposes, that the companies would take it to court and win based on existing court precedents and the intent of Congress in establishing existing laws.

In the bigger scheme of things,  I also worry about unintended consequences.

I wonder if giving government too much regulatory power over key Internet resources we might create perverse incentives for large companies to use their lobbying power to employ the government as a cudgel against their competitors.

After all, those who are worried that Senator Cruz’s opposition to Net Neutrality is driven by the influence on him of big business lobbyists and campaign contributors, should consider the fact that increasing government regulation over the Internet simply exacerbates that exact problem.

If the FCC can unilaterally redefine broadband service providers as public utilities, and then establish sweeping regulations without new legislation, then why wouldn’t they be just as susceptible to the influence of lobbyists, powerbrokers, backroom deals, and industry revolving doors as as Senator Ted Cruz may or may not be?

Increasing government power doesn’t usually stop big companies from playing dirty against their competitors; it just changes the arena in which it plays out from the business sector to the government. So instead of throttling speeds through deals with service providers, they will simply use their industry revolving door to the FCC to impose subtle, but burdensome regulations that serve just as well to keep potential competitors at bay.

In other words, it doesn’t really solve the underlying problem. It just changes the venue.

That is one of the reasons why I would rather have the issue addressed through proper constitutional processes in the legislature by the elected representatives of the people.

UPDATE: Be sure to read Mark’s comment below with some more in depth knowledge.