I’ve kept pretty quiet about this week’s Republican victories in the mid-term elections. It’s not because I necessarily dislike the outcome. I self-identify as a Conservative Republican. But the Republicans have a bad reputation for preaching principles that I agree with, but then implementing them poorly when given a chance to govern. So I’m not going to be happy with the Republican control of the Legislature until I see how they actually legislate this time. 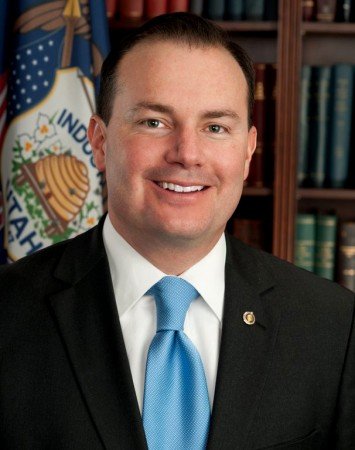 Senator Mike Lee of Utah, who I voted for in 2010 and who I continue to support, has written an excellent opinion editorial in which he advocates for some specific things that the Republican should do with their control of the Legislature:

How to Fix Congress: Five Steps To Restore Trust, Transparency, And Empowerment

Here are some excerpts from his essay:

“No more ‘cliff’ crises. No more secret negotiations. No more take-it-or-leave-it deadline deals. No more passing bills without reading them. No more procedural manipulation to block debate and compromise. These are the abuses that have created today’s status quo – the status quo Republicans have been hired to correct.”

“…the American people’s current distrust of their public institutions is totally justified. There’s no misunderstanding. Americans are fed up with Washington, and they have every right to be. […] It’s our job to win back the public’s trust. And that can’t be done simply by passing more bills, or even better bills. The only way to gain trust is to be trustworthy.”

“Republican leaders should embrace a more open-source strategy development model that includes everyone on the front end to avoid confusion, suspicion, and division on the back end. […]  Inclusive legislative and strategy processes will come with tradeoffs, of course. Leaders will have to surrender some of their institutional power. Conservatives will have to be prepared to accept defeat – fair and square – if our ideas cannot carry the day. Members will have to expose themselves to inconvenient amendment votes. The results of some votes and the fates of certain bills may prove unpredictable. But the costs of an open-source, transparent process are worth it for the benefits of greater inclusion of more diverse voices and views, and for the opportunity such a process would offer to rebuild the internal and external trust necessary to govern.”

“We can clearly articulate our views and advance our ideas, and then see where we can work with the president and congressional Democrats. But we have to do these things in that order. We should find common ground that advances our agenda, rather than let the idea of common ground substitute for our agenda.”

“…a new Republican majority must also make clear that our support for free enterprise cuts both ways – we’re pro-market, not simply pro-business. To prove that point, we must target the crony capitalist policies that rig our economy for large corporations and special interests at the expense of everyone else – especially small and new businesses. [..] Anti-cronyism legislation is win-win for the G.O.P. It is good policy, restoring growth and fairness to an economy that Big Government and Big Business have rigged against the little guy. And it’s even better politics, standing up for the middle class while pinning hypocritical Democrats between their egalitarian talking points and their elitist agenda.”

“When you stop for a moment and think, blindly ‘cutting’ the federal government’s budget is not a very conservative approach to governing. […] Just spending less on a misguided program doesn’t get you any closer to a real solution than just spending more on it. If the program is dysfunctional – if it doesn’t do what it’s supposed to do, and what it’s supposed to do is worth doing – fix it. […] We can make a commitment in coming years not merely to cut big government, but to fix broken government, which is the more difficult but far more important work.”

“We should put an end to ‘omnibus,’ all-or-nothing spending packages, and instead insist on consideration of each appropriations bill in regular order – with hearings, amendments, and specific votes.”

“Most systems we use to provide government services were designed decades ago, before the tech and telecom revolutions that have changed the way Americans do almost everything else. […] If disruptive innovations continue to personalize and localize the economy, will centralized, monolithic bureaucracies be the right instruments to regulate it? Or is government just as badly in need of some disruptive innovations that would enable market forces, public desires, and longstanding constitutional principles to once again show us the way and make our institutions more accountable?”

I would love to see many of Senator Lee’s suggestions adopted enthusiastically by the Republican party, but it is hard to believe that the entrenched party power brokers will do it.

Here’s hoping they surprise me.