An Epigenetic Argument Against Same-Sex Marriage and Parenting 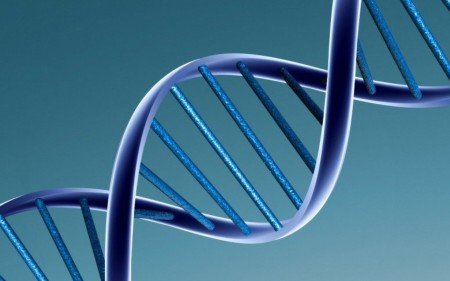 What is Transgenerational Epigenetics?

In 1809 Jean-Baptiste Lamarck published a book entitled Philosophie Zoologique in which he proposed a theory of animal evolution partially founded on the idea that the effects of environmental influences on parents could be inherited by their children. In other words, he suggested that organisms could pass characteristics acquired during their lifetime onto their offspring. Even though this hypothesis had been around since Aristotle and Hippocrates, the theory came to be called Lamarckism.

The subsequent works of Charles Darwin, Gregor Mendel, and others later in the 19th and 20th century largely discredited the ideas of Lamarckian inheritance.

However, recent scientific discoveries suggest that genetics is far more complicated than we previously knew. The ways in which DNA information is processed and expressed by enzymes, proteins, and RNA can be influenced by environmental factors and potentially passed on to children, even though the DNA itself is unaffected. Some scientists have even suggested that there is a secondary, previously unknown metacode on top of the DNA code we already knew about. The study of these changes in the regulation of gene activity and expression that are not dependent on gene sequence has been named “Epigenetics“.

The discovery of Epigenetics has lead scientists to reconsider their rejection of Lamarckism and look into ways in which the acquired traits of individuals in one generation might be inherited by subsequent generations– an effect sometimes labeled “Transgenerational Epigenetics“.

During the last year I’ve observed an increasing number of articles related to transgenerational epigenetic research passed around in social media; articles declaring that :

These articles are often shared by my same-sex marriage supporting liberal friends who consider themselves scientifically minded and progressive. But somehow they have compartmentalized information and knowledge to the point where they never make the connection or consider the implications of transgenerational epigenetics for same-sex marriage and parenting.

If grandma’s smoking can cause a tendency for her descendants to have asthma; if the conditioned fears or stress in a parent can be passed on to children and affect the neural pathways of their brains; then isn’t it reasonable to be concerned that the normalization of same-sex relationships, and especially same-sex parenting could have inheritable epigenetic consequences?

Proponents of same-sex marriage and parenting assume that their sexual orientation is purely genetic because it is not something they chose. While there is quite a lot of evidence that in many cases same-sex attraction is not chosen, the science is still ambiguous on the extent that genetics plays, despite the popular perception.

But transgenerational epigenetics raises the possibility that same-sex attraction could be the consequence of a progenitor’s choices, experiences, or environment, and not just genetic determinism. It also raises the very real possibility that being raised by same-sex parents instead of a biological father and mother could have inheritable epigenetic effects. It also raises the real possibility that, even if children are not raised directly by same-sex parents, being raised in an environment where same-sex behaviors and relationships are normalized could have real, unintended consequences.

Proponents of same-sex marriage and parenting are fond of declaring that homosexuality will not increase simply because gay people can get married and raise kids– because they assume that same-sex attraction is genetically predetermined and generally non-inheritable. They are fond of challenging opponents to explain how their relationship could possibly have a negative effect on others or on society.

But epigenetic inheritance challenges that assumption.

We don’t know what inheritable epigenetic effects the normalization of same-sex marriage and parenting will have, but to declare that it will have no effect at all seems to be naively anti-scientific. If little things like smoking and conditioned fear have transgenerational epigenetic consequences, how can any rational person expect that something as consequential as redefining marriage to sever it from an orientation toward the welfare of children won’t have epigenetic consequences that affect society?

The political push toward the normalization of homosexuality and same-sex marriage has been going on for decades. But transgenerational epigenetics has only been discovered in the last few years. The first states to legalize same-sex marriage in the United States did so before transgenerational epigenetics was even a thing. But despite these new scientific discoveries, they are operating on old assumptions with a momentum that seems oblivious to scientific discoveries that should give us all pause.