Alvin Plantinga on the Irrationality of Atheism

The New York Times recently published a fascinating interview with philosopher Alvin Plantinga on the topic of Atheism and Theism. 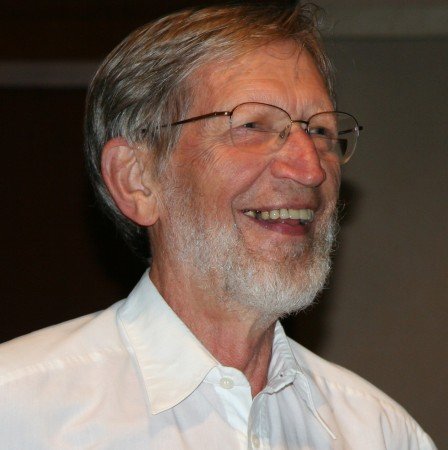 Here is an excerpt:

“…if you accept both materialism and evolution, you have good reason to believe that your belief-producing faculties are not reliable.”

“But to believe that is to fall into a total skepticism, which leaves you with no reason to accept any of your beliefs (including your beliefs in materialism and evolution!). The only sensible course is to give up the claim leading to this conclusion: that both materialism and evolution are true. Maybe you can hold one or the other, but not both.”

“So if you’re an atheist simply because you accept materialism, maintaining your atheism means you have to give up your belief that evolution is true. Another way to put it: The belief that both materialism and evolution are true is self-refuting. It shoots itself in the foot. Therefore it can’t rationally be held.”

Also on the topic of Theodicy he says:

“Think about it: The first being of the universe, perfect in goodness, power and knowledge, creates free creatures. These free creatures turn their backs on him, rebel against him and get involved in sin and evil. Rather than treat them as some ancient potentate might — e.g., having them boiled in oil — God responds by sending his son into the world to suffer and die so that human beings might once more be in a right relationship to God. God himself undergoes the enormous suffering involved in seeing his son mocked, ridiculed, beaten and crucified. And all this for the sake of these sinful creatures.”

“I’d say a world in which this story is true would be a truly magnificent possible world. It would be so good that no world could be appreciably better. But then the best worlds contain sin and suffering.”

See also: Hoist With Your Own Petard