But I encourage my conservative Utah friends to vote for McMullin anyway. He is the most conservative candidate on the ballot and he can win Utah.

Utah has a well deserved reputation for being the most conservative state in the nation. This is an opportunity for Utah to send a strong, clear message not just to the nation, but to the world, that neither Clinton or Trump is a conservative and that neither is an acceptable option for President of the United States.

Imagine an election-day map showing red and blue states, with Utah– the most conservative state in the union– defiantly sticking out like a conservative sore thumb of protest. 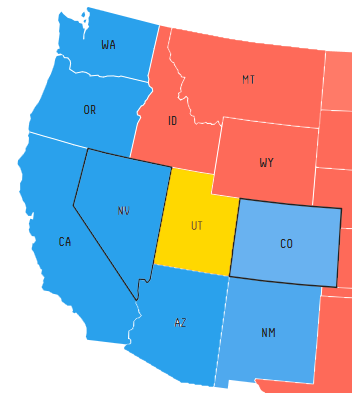 In the unlikely case that a McMullin win in Utah denies both Trump and Clinton the 270 electoral votes that they need to win the presidency outright, the president would be chosen by the House of Representatives (per the 12th Amendment to the Constitution). McMullin won’t win that way either, but if you are looking to shake up the status quo in Washington D.C., it would force members of congress to choose the next president, and their constituents will surely hold them responsible for their vote.

The HotAir blog has a good analysis of the dynamics that could allow McMullin to win Utah:

Here is an interesting analysis of McMullin as a candidate by a Utah Blogger:

In Utah, McMullin is on the Ballot. But here is information about how to vote for McMullin as a write-in candidate elsewhere: