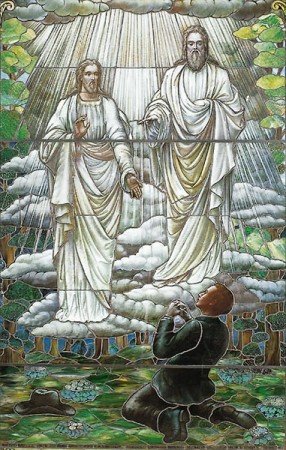 To keep my previous post on Disagreeing with LDS Prophets and Apostles vs Losing Confidence in Them succinct and to the point, I omitted a tangential but important discussion about Revelation.

Some members of the Church of Jesus Christ of Latter-day Saints try to compartmentalize “inspiration” and “revelation.”  Others try to say that it isn’t “revelation” unless it explicitly says “Thus saith the Lord….” Some don’t recognize it as revelation until it is published in detail to the public. Some say that it isn’t “binding” unless it is presented to the membership for inclusion in the scriptural canon and accepted by a sustaining vote.

If the prophets and apostles are genuinely acting according to the will of God, then do the means by which His will was made manifest to them matter? Whether it is quiet inspiration received through the prompting of the Holy Ghost in council with the other prophets and apostles, or an impressive vision or dream, or a divine visitation from a heavenly messenger who dictates with the words “thus saith the Lord…” is less important than whether it is authentically from God. And whether they publish the received revelation to the world or keep it private in the vaults of the church does not change whether or not it represents God’s will.

Should we really be looking for technicalities upon which to justify resisting the will of God?

In the April 1977 General Conference of the Church, President Spencer W. Kimball declared:

“…we testify to the world that revelation continues and that the vaults and files of the Church contain these revelations which come month to month and day to day. We testify also that there is, since 1830 when The Church of Jesus Christ of Latter-day Saints was organized, and will continue to be, so long as time shall last, a prophet, recognized of God and his people, who will continue to interpret the mind and will of the Lord.

Now, a word of warning: Let us not make the error of the ancients. Numerous modern sectarians believe in the Abrahams, the Moseses, and the Pauls, but resist believing in today’s prophets. The ancients also could accept the prophets of an earlier day, but denounced and cursed the ones who were their contemporaries.

In our day, as in times past, many people expect that if there be revelation it will come with awe-inspiring, earth-shaking display. For many it is hard to accept as revelation those numerous ones in Moses’ time, in Joseph’s time, and in our own year—those revelations which come to prophets as deep, unassailable impressions settling down on the prophet’s mind and heart as dew from heaven or as the dawn dissipates the darkness of night.

Expecting the spectacular, one may not be fully alerted to the constant flow of revealed communication. I say, in the deepest of humility, but also by the power and force of a burning testimony in my soul, that from the prophet of the Restoration to the prophet of our own year, the communication line is unbroken, the authority is continuous, and light, brilliant and penetrating, continues to shine. The sound of the voice of the Lord is a continuous melody and a thunderous appeal. For nearly a century and a half there has been no interruption.”

When he was called as the Second Counselor in the First Presidency of the Church in 2007, in the press conference with the media President Henry B. Eyring gave some insight into how revelation is received through the highest councils of the church even in what might be considered a business style administration meeting dealing with policy. You can watch video of the original press conference here. The quote below is from my own transcription.

When President Eyring became the president of Rick’s College in 1971, he had his first experience observing a meeting of the First Presidency and the Apostles. His academic studies as a professor at Stanford University revolved around how groups of people make decisions in business meetings and so he was interested to see how it worked in the church. He described it this way:

“Here are the prophets of God and they’re disagreeing in an openness that I had never seen in business. In business you’re careful when you’re with the bosses, you know. […] And I watched this process of them disagreeing, and I thought, Good heavens! I thought revelation would come to them all and they’d all see things in the same way. […] And it was more open than anything I had ever seen in all the groups I’d ever studied in business. I was just dumbfounded.

But then after a while the conversation cycled around, and they began to agree. And I saw the most incredible thing. That here are these very strong, very bright people, all with different opinions. Suddenly the opinions just began to line up. I thought, I’ve seen a miracle! I’ve seen unity come out of this wonderful open kind of exchange that I’d never seen in all my studies of government or business or anywhere else.

And so I thought, oh, what a miracle. And then, it was President Harold B. Lee was chairing the meeting, […] and I thought, now he’s going to announce the decision, ‘cause I’ve seen this miracle. And he said, ‘Wait a minute. I think we’ll bring this matter up some other time. I sense there is someone in the room who is not yet settled.’ And he went on to the next item.[…] And then I watched somebody, […] I think one of the Twelve, walk past President Lee and say, ‘Thank you. There is something I didn’t have a chance to say.’ […] This is what it claims to be. This is the true church of Jesus Christ. Revelation is real, even in what you’d call the business kinds of settings. We can be open, we can be direct, we can talk about differences in a way you can’t anywhere else, because we’re all just looking for the truth. We’re not trying to win. We’re not trying to make our argument dominate. We just want to find what’s right. […] There is a kind of process of openness and yet coming together, and having confidence that you know what the Lord wants and not what we want.” (emphasis added)

We must be careful not to impose artificial limits on what is revelation and what is not in order to justify dissent. If it is according to the will of God and was given to the prophets and apostles by a manifestation of the Holy Spirit then it is revelation.

Even in a business kind of setting or policy meeting.