Disagreeing with LDS Prophets and Apostles vs Losing Confidence in Them 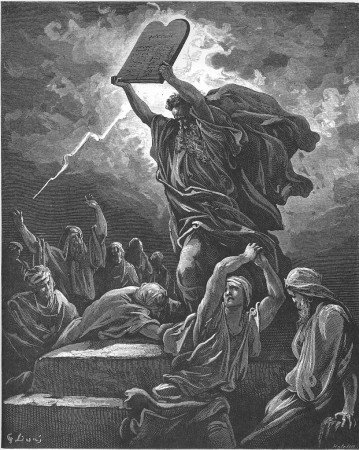 Among some members of the Church of Jesus Christ of Latter-day Saints, it has become increasingly common to openly and publicly criticize teachings, directions, decisions, and policies of the prophets and apostles of the church.

I recognize that this trend is at least partially the consequence of a more general societal shift in attitudes and perceptions of privacy; a shift that is influenced by blurring lines between the public and the private driven by information technology and the Internet.

As long-time readers of my blog know, I am very troubled by this trend. I am troubled by the nonchalance with which members of the church confidently declare that they know that the prophets and apostles are wrong about this-or-that.

While I have have written extensively about this and related topics, I recognize that my posts are long, disconnected, and probably not very accessible to casual readers. When you are discussing the issue in the comments of social media, pointing to pages and pages of blog posts written over the course of several years just doesn’t work well.

So here is my attempt to distill my reasoning into a single, more succinct and consumable post:

1. The church’s system of requiring unanimity among the First Presidency and Quorum of the Twelve acts as a counter-balance to individual fallibility. Declarations made by them in unanimity are less likely to be in error.

2. Authentic revelation is bound to stewardship. It is contrary to the order of the church for an individual to proclaim revelation outside of his or her stewardship. The only group with stewardship over the whole church and the world are the 15 prophets and apostles.

4. Saying that you know that the prophets and apostles are wrong is a declaration that they are acting contrary to God’s will. But it raises the question of the means by which you determine that it is contrary to God’s will, and why that means is less fallible than that of the prophets. In other words, why would God reveal His will to you instead of his official spokesmen? Why is your access to God’s will more reliable?

5. The fact of prophetic fallibility might be a useful rubric for understanding some issues in the history of the church in retrospect, but it provides no help in determining whether or not any given pronouncement by the prophets and apostles in the present is in error. The possibility of error does not by itself help us identify whether or not any specific policy or teaching is erroneous– that requires an appeal to some other measure of error, and a defense of why that measure is less fallible than the united, authorized voice of the prophets and apostles.

In other words, citing prophetic fallibility is alone insufficient to establish that a given policy or doctrine of the church is wrong. You actually have to make the case for:

I think that making that case is very hard to do without either making the very concept of prophets and apostles incoherent, or concluding that the leaders of the LDS church are not in fact authentic prophets.

I realize that that is not as succinct as you might have hoped, but it is at least more accessible, and the best I can do at the moment.

From the prophet Joseph Smith until the present, the prophets have declared both that they are the official, authorized spokesmen for God, with the authority to bind and loose on earth and in heaven and that the road to apostasy starts with losing confidence in the church and its authorized leaders.

Can faithful members of the church disagree with the prophets and apostles? Yes. Absolutely. But there is a difference between disagreeing with them and LOSING CONFIDENCE in them.

It is certainly possible to tentatively disagree with them, while still remaining confident that they are God’s official spokesmen, that He is guiding His church, and that He can and will correct them if they are wrong.

Those who believe that this is God’s church and that He guides it through living prophets and apostles are appropriately hesitant to undermine them publicly, even if they disagree or don’t understand. They have a sense of humility and deference to the system of stewardship and presiding councils that God has established for leading His church. Their confidence is not in fallible men, but in a God who speaks and leads His church.

Public criticism and disagreement with the prophets doesn’t instantly make you an apostate. But it does put you clearly on the road to apostasy. It is a manifestation of the spirit of apostasy whether or not one has yet become an apostate. Public dissent and opposition are inherently a vote of no confidence.

If you disagree with the apostles and prophets on some matter, what you need is to strengthen your confidence in the Lord and His church. Consider the arguments articulated above and seek a personal confirmation from God through the Holy Spirit that He is guiding the church and that the apostles are his spokesmen. Be patient and humble while you learn to trust in Him and His organization.

If you are interested in more detailed arguments, here are some of my previous blog posts on the topic:

And this in-depth article by Duane Boyce from Interpreter: A Journal of Mormon Scripture is also excellent:

Also consider checking out this excellent related post by my wife, Chastity:

Another valuable resource on this topic is the following post from Jeff G. at the Millennial Star blog: