Reasons to Oppose the Legalization of Recreational Drugs 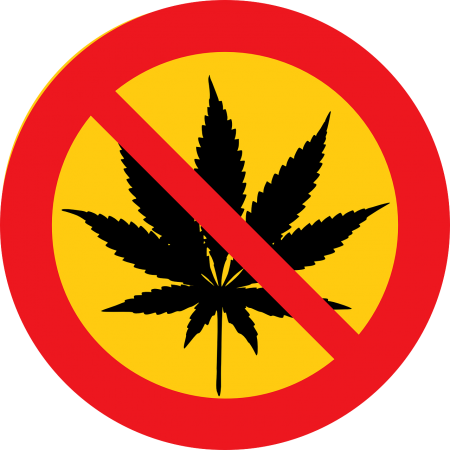 In recent years it has become increasingly trendy to favor the legalization of recreational drugs. Proponents of drug legalization make some good arguments, citing both practical as well as increasingly popular libertarian philosophical reasons.

I am certainly sympathetic to many of those reasons. In particular I am supportive of efforts to restructure the laws to permit research into medical applications of marijuana and other drugs and to allow patients who can benefit from medical applications that are discovered to be treated under medical supervision.

I am also open to arguments advocating reforming laws related to the punishment for drug-possession related crimes.

That said, I am still firmly opposed to the legalization of recreational drugs.

In today’s zeitgeist I know that that is a very unpopular view, even among people who tend to agree with me on many other issues, but I believe it is correct.

Even after nearly 20 years, his arguments against drug legalization are substantial, fairly comprehensive, and resonate with me. He addresses both the flaws in the libertarian philosophical underpinnings of the argument for drug legalization, as well as some questionable assumptions in the practical arguments.

On the philosophical front, Dalrymple discusses the “Harm Principle” from John Stuart Mill’s famous essay “On Liberty,” which has become even more entrenched in recent decades than when Dalrymple addressed it. Here is an excerpt:

“In practice, of course, it is exceedingly difficult to make people take all the consequences of their own actions—as they must, if Mill’s great principle is to serve as a philosophical guide to policy. Addiction to, or regular use of, most currently prohibited drugs cannot affect only the person who takes them—and not his spouse, children, neighbors, or employers. No man, except possibly a hermit, is an island; and so it is virtually impossible for Mill’s principle to apply to any human action whatever, let alone shooting up heroin or smoking crack. Such a principle is virtually useless in determining what should or should not be permitted.

Perhaps we ought not be too harsh on Mill’s principle: it’s not clear that anyone has ever thought of a better one. But that is precisely the point. Human affairs cannot be decided by an appeal to an infallible rule, expressible in a few words, whose simple application can decide all cases, including whether drugs should be freely available to the entire adult population. Philosophical fundamentalism is not preferable to the religious variety; and because the desiderata of human life are many, and often in conflict with one another, mere philosophical inconsistency in policy—such as permitting the consumption of alcohol while outlawing cocaine—is not a sufficient argument against that policy. We all value freedom, and we all value order; sometimes we sacrifice freedom for order, and sometimes order for freedom. But once a prohibition has been removed, it is hard to restore, even when the newfound freedom proves to have been ill-conceived and socially disastrous.

Even Mill came to see the limitations of his own principle as a guide for policy and to deny that all pleasures were of equal significance for human existence. It was better, he said, to be Socrates discontented than a fool satisfied. Mill acknowledged that some goals were intrinsically worthier of pursuit than others.

This being the case, not all freedoms are equal, and neither are all limitations of freedom: some are serious and some trivial. The freedom we cherish—or should cherish—is not merely that of satisfying our appetites, whatever they happen to be. We are not Dickensian Harold Skimpoles, exclaiming in protest that “Even the butterflies are free!” We are not children who chafe at restrictions because they are restrictions. And we even recognize the apparent paradox that some limitations to our freedoms have the consequence of making us freer overall. The freest man is not the one who slavishly follows his appetites and desires throughout his life—as all too many of my patients have discovered to their cost.”

I agree substantially with Dalrymple’s point, and it is one of the main reasons I am not a libertarian, even though many libertarian ideas appeal to me.

Dalrymple also points out the confusion caused by the unfortunate “War on Drugs” rhetoric. He says: “Never can an unimaginative and fundamentally stupid metaphor have exerted a more baleful effect upon proper thought.”

And he sarcastically observes:

Let us ask whether medicine is winning the war against death. The answer is obviously no, it isn’t winning…. If the war against drugs is lost, then so are the wars against theft, speeding, incest, fraud, rape, murder, arson, and illegal parking. Few, if any, such wars are winnable. So let us all do anything we choose.”

Dalrymple’s essay is lengthy, but it is an excellent articulation of many of my own views on the topic. Whether the arguments convince you to oppose the legalization of recreational drugs or not, it is worth your time to understand the reasonable concerns that those of us who do.

One Response to Reasons to Oppose the Legalization of Recreational Drugs