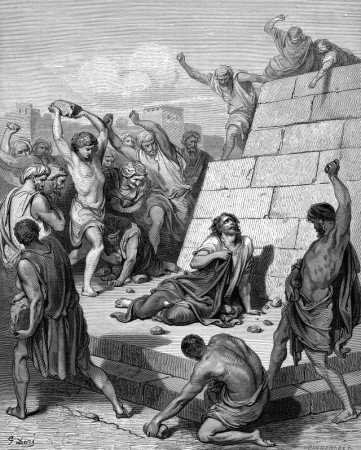 I haven’t followed the Kim Davis controversy closely, so I haven’t really formed a strong opinion of her specific case.

However I do feel strongly that just as we make room for conscientious objectors related to war, we absolutely need to allow space for those who have moral and religious objections against same-sex marriage (or other issues to which people have ethical or religious objections) to not participate or be involved with it, while still being able to otherwise participate fully in society and government.

The so-called right to revisionist marriage is imposed by a dubious reading of constitutional penumbras and precedents by a slim majority of a divided court.

Religious exemptions and protections are a must.

Consider the following response to Kim Davis’s refusal to issue marriage licenses to same-sex couples based on real comments I have seen in social media:

Dear Kim Davis, if it’s your job to issue a marriage license do it. It doesn’t matter what you believe. If you refuse to do your job you should step down.

Dear [President Obama]: If it’s your job to [enforce immigration law] do it. It doesn’t matter what you believe. If you refuse to do your job you should step down.

Note, this comparison is meant to expose an inconsistency, not to take a position on these specific issues or their remedy.

The issue of civil disobedience is a complicated one and I often feel conflicted about it.

There are plenty of people who have cheered President Obama when he has flouted constitutional limits in the name of “getting things done”. In fact, many people openly celebrated when the Obama administration unilaterally refused to enforce provisions of DOMA, even before the Supreme Court had ruled.

There were many people who celebrated those who issued marriage licenses to same-sex couples back when it was still illegal in their states.

Liberal protesters who go to jail for obstructing traffic to make a point are often celebrated for participating in the American tradition of civil disobedience.

But many who celebrate these other instances of civil disobedience turn around and condemn this action by Kim Davis.

There is something incoherent if the only factor in an act of civil disobedience that determines whether it is a noble act or not is whether you agree with the person’s point of view.I hope those who condemn Kim Davis for civil disobedience are equally hard on other forms of civil disobedience. Or, alternatively, they could consider making more space to tolerate the moral concerns of those with whom they disagree.Lots of people have gone to jail for standing up for their beliefs. Some of them are heroes and some are not.

Unless I am mistaken, Kim Davis is not an employee of the government. She in an elected official. Elected positions cannot simply be fired by the the governor. Elected officials have to be voted out in the next regular election, recalled through special election, impeached through established rules, or voluntarily resign depending on the state and local laws.

Can you imagine what it would mean if properly elected officials could be dismissed or fired by officials with hierarchically higher authority? It would make elections, voting, and representation essentially meaningless.

It is also important to consider, as I understand it, that she was elected before the Supreme Court of the United States imposed same-sex -marriage. When she ran for office, issuing licenses to same-sex couples was not a requirement.

One important point that some people are missing is that this is the direct and foreseeable result of creating law via court edict instead of through the political and legislative process of representative government.

Utah doesn’t have the issue that Kim Davis faces in Kentucky because it actually went through the legislative process in which the various interested parties discussed, and compromised, and hammered out laws.

By impatiently short-circuiting the representative, legislative process through the courts we made the current mess not only possible, but inevitable.

In aggregate, the courts have a terrible track record. Court edict is a terrible way to create law.

So whether or not I agree with the specifics of the Kim Davis controversy, I am very concerned about what is happening.

* Note: large portions of this post appeared in various posts and comments on Facebook. I wanted to bring them all together into a single place. Apologies to those who already read most of these thoughts there.