On the Folly of Demanding Demographic Diversity among the LDS Apostles 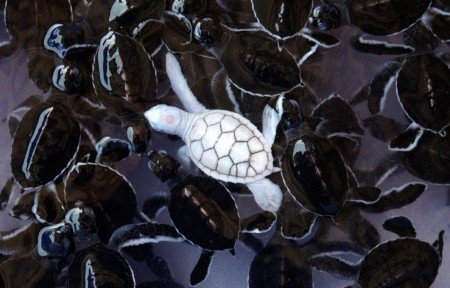 As you probably already know, three new apostles were called during the recent October 2015 General Conference of the Church of Jesus Christ of Latter-day Saints. Apostles serve as special witnesses of Jesus Christ and hold priesthood authority and keys to direct the work of God on the earth. Jesus directs his church through these living apostles and prophets. And as members of the church we believe these men are called by God through inspiration to the living prophet and president of the church.

Some members of the church, and not a few dissidents and former members, have expressed disappointment and feelings of hurt because the three new apostles do not come from diverse enough backgrounds to meet their contemporary concepts of Diversity. All three new apostles are white men, born in Utah. These disappointed members and critics wanted new apostles with backgrounds more representative of the diversity in church membership, which now has more members outside of the United States than in.

There has been plenty of commentary about this criticism, and I don’t want to rehash what has already been said. But I do want to step back and take a more abstract look at some of the problems with wanting the Lord to call apostles based on demographic diversity.

Diversity is a good thing. Each individual brings a unique package of experience, background, talents, and ideas that can contribute to building the Kingdom of God.

However, when considering diversity, it is important to recognize that we, as human beings, tend to draw arbitrary lines and to group people based on simplistic similarities. However we draw those lines, we unavoidably generalize, oversimplify, and reduce people from complex individuals into artificially uniform groups.

Some people have suggested they would be happy if new apostles were European, South American, African, or Asian instead of from Utah. But do these broad categories represent any kind of real cohesive group or identity?

Say an individual from South America is called to be an apostle. All of the South Americans rejoice! “Finally, an apostle who is like us, who shares our background, and knows our needs!”

Of course, you can’t really call a generic South American to the apostleship. Only real individuals can be called. And that individual comes from a specific country, was raised in a specific culture, and speaks a specific language. This specific apostle is from Brazil. He speaks Portuguese.

Do you really think that the Spanish speaking members in South America feel he is like them, shares their background, and knows their needs? Not really.

Except they don’t. You can’t call a generic Spanish Speaking apostle. This time the apostle is from Lima Peru. The Chileans, who have historically had long-time conflicts with the Peruvians, don’t feel any real connection to this apostle.

So now we call an apostle from Chile. But this individual is from the capital city, Santiago. But the Chileans from the south of Chile, in Concepción, feel little similarity to the urban Santiaguinos.

So we call an apostle from southern Chile. But even though he was born and raised there, he comes from a wealthy family, originally immigrated from Europe, and went to college in Spain. He has little in common with the native Mapuche campesinos.

And so on. You understand what I’m saying. You got it early on. The same thing is true of Europe, Asia, Africa, or anywhere else.

There will always be a way to draw a line that emphasizes differences and to feel excluded.

It works the other way around as well. It is a mistake to think that just because someone has sufficiently similar appearance, or comes from a similar place, or speaks the same language, or seems to have similar background, that they are like you, think like you, and share your concerns.

There will always be a way to draw a line that emphasizes similarities and to feel included.

The point at which we decide that someone is sufficiently like us to matter is subjective and arbitrary. And it is a choice.

In the governing councils of the church, there are only 15 individuals (3 in the First Presidency and 12 Apostles). It is literally impossible for 15 individuals to be sufficiently diverse that everyone in the world feels validated that people “like me” can be an apostle. The choice of any individual will always be the exclusion of some other individual that could have been chosen. That is the nature of choice.

This is the folly of demanding diversity. It is a diabolic trap that can only ever result in hurt and disaffection. Once you adopt this frame of thinking there is no winning. Someone will always feel hurt. And only the devil wins.

Every member of the church should be striving to live such that they could be an apostle, should the Lord so call them. And whether He ever does is irrelevant.

Do the apostles know what it is like to be you? Probably not. And they probably never will. But they have the Spirit of God and He knows. God guides His church. And He hears your prayers and knows your hearts. It is the Holy Spirit that unites us and helps us to understand one another even with our mismatched backgrounds, experiences, and needs.

And even though they are not like you, the men who have been called as apostles have made the same covenants that you have made. They repent of their sins, just like you. They have faith in Jesus Christ and His atonement, the same as you do. They make sacrifices and follow the promptings of the Holy Spirit, just like you. And God can use them to carry out His holy purposes. Just like you.

So don’t succumb to this mental trap meant to undermine your faith. Trust in the Lord to know you and to guide His church and His chosen apostles according to His superior wisdom and love. He is capable of communicating His will to His authorized representatives, even in their weakness. And you can sustain and support them without hesitation.