Full On Double Egg Yolk All The Way

The other morning I was cooking some breakfast when I saw something amazing. Here are a couple of photos I took with my phone followed by a rough transcription of my reaction: 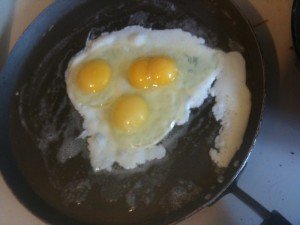 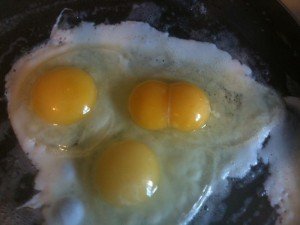 Which reminds me of a quote from The Devil’s Dictionary by Ambrose Bierce:

I had an ovation!” the actor man said,
But I thought it uncommonly queer,
That people and critics by him had been led
By the ear.

The Latin lexicon makes his absurd
Assertion as plain as a peg;
In “ovum” we find the true root of the word.
It means egg.