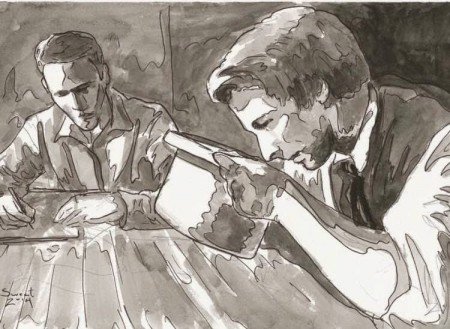 Image credit: From Darkness unto Light Joseph Smith’s Translation and Publication of the Book of Mormon by Michael Hubbard MacKay and Gerrit J. Dirkmaat

In recent decades, some members of the Church of Jesus Christ of Latter-day Saints have developed an oversimplified understanding of the process by which Joseph Smith translated the Book of Mormon. Some have placed undue emphasis on artistic renditions of Joseph Smith translating from the golden plates that have been included in official church lesson materials.

When they discover that the process wasn’t as they had thought; that Joseph Smith translated large portions of the Book of Mormon through a seer stone without looking directly at the plates, often with the seer stone placed into a hat for convenience to block out the light, some people have struggled with sudden doubt about the church.

Often the doubts are rooted less in the details of the process itself and more in the fact that they didn’t know about the details even though they have been active members of the church for a long time. Expectations are a powerful part of our experience, and when our expectations are violated it can be a struggle, even if those expectations were based on innocent, albeit faulty assumptions.

Even though the more complex details of the process have long been available through additional study, and have even been mentioned in the past by Elder Russel M. Nelson of the Quorum of the Twelve Apostles during the church’s General Conference [Correction: in an 1993 article published in the church’s Ensign magazine], the church has generally chosen to focus its instruction on devotional and doctrinal topics that have more day-to-day application in the lives of its members.

Those who are antagonistic toward the church have learned to take advantage of the situation by suggesting that the reason long-time members have not heard about these details is because the church is embarrassed by them and trying to hide them. Even though that idea is false, it introduces a critical framework, or lens, for interpreting facts that undermines faith which, unfortunately, some members of the church have adopted uncritically.

Many months ago the church published a detailed article on its official website on the process of the translation of the Book of Mormon :

Even though the article attracted some blog buzz and media attention at the time of its publication, there are still many members of the church who are unaware of the details. And anti-Mormon and dissident groups are still using it as a wedge.

The church has release the article early on the internet and you can read it right now here:

The article also includes photos of the seer stone Joseph Smith likely used in the translation of the Book of Mormon, which has long been in the possession of the church but has not been previously photographed. 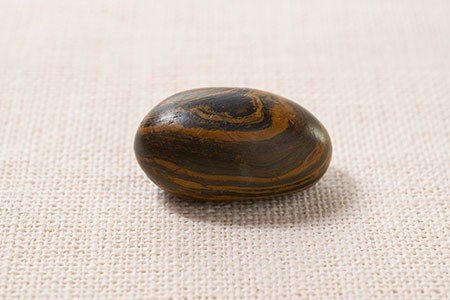 I am very hopeful that these efforts by the church will short-circuit the game of “gotcha” that critics have been exploiting to undermine faith by empowering our good members with information and undermining the narrative spun by critics.