Iranian Blogger Warns of Internet Centralization after 6 Years in Prison 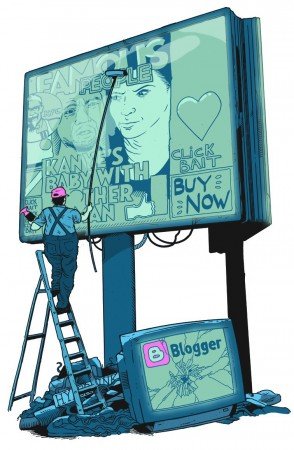 In 2008, Iranian blogger Hossein Derakhshan was imprisoned by the Iranian government. He had been sentenced to 20 years, but he was unexpectedly released after 6 years.

Having been isolated from the Internet for so long, he is dismayed by the changes he sees in how the Internet is used and how information is organized and consumed.

He writes:
“The prominence of the Stream today doesn’t just make vast chunks of the Internet biased against quality — it also means a deep betrayal to the diversity that the world wide web had originally envisioned.”

“The Stream, mobile applications, and moving images: They all show a departure from a books-internet toward a television-internet. We seem to have gone from a non-linear mode of communication — nodes and networks and links — toward a linear one, with centralization and hierarchies.”

“The web was not envisioned as a form of television when it was invented. But, like it or not, it is rapidly resembling TV: linear, passive, programmed and inward-looking.”

Despite many technological problems, one reason why email continues to be used instead of many of the alternatives that have been proposed is that it is truly decentralized. Many alternatives offer superior features for communication, but they invariably run on centralized services instead of being distributed and decentralized.