Mormon Monuments at the U.S. Capitol and Smithsonian in Washington D.C. 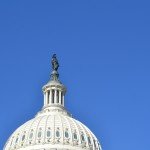 My family visited Washington D.C. for a vacation this October. We had a wonderful time exploring the National Monuments and Smithsonian Museums. There is so much to learn, think about, and do, and never enough time for all of it. It was also a great time to talk with our children about our country, its history, and its founding documents and principles.

I want to highlight a couple of unexpected encounters with Mormonism and LDS related ideas we had while there, with photos I took myself.

LDS visitors to Washington D.C. may be interested in going out of their way to see some of these Mormon monuments. And should Mitt Romney be successful in winning the election for President of the United States, interest in some of these may increase among those who are not members of the LDS church as well.

The U.S. Capitol Building is beautiful. The room where the House of Representatives used to meet from 1819 to 1857 is now the National Statuary Hall, where they display statues of prominent Americans. Each state of the Union is allowed to send two statues, of either bronze or marble, to be displayed at the Capitol, many in the statuary hall.

Our tour moved along fairly quickly, and did not provide much time for a thorough look. Fortunately, my wife noticed that there was a statue tucked away in the corner, out of the way of the tour path, that at a glance looked an awful lot like Brigham Young. She drew my attention to it and we took a moment to investigate. Sure enough, there he was. 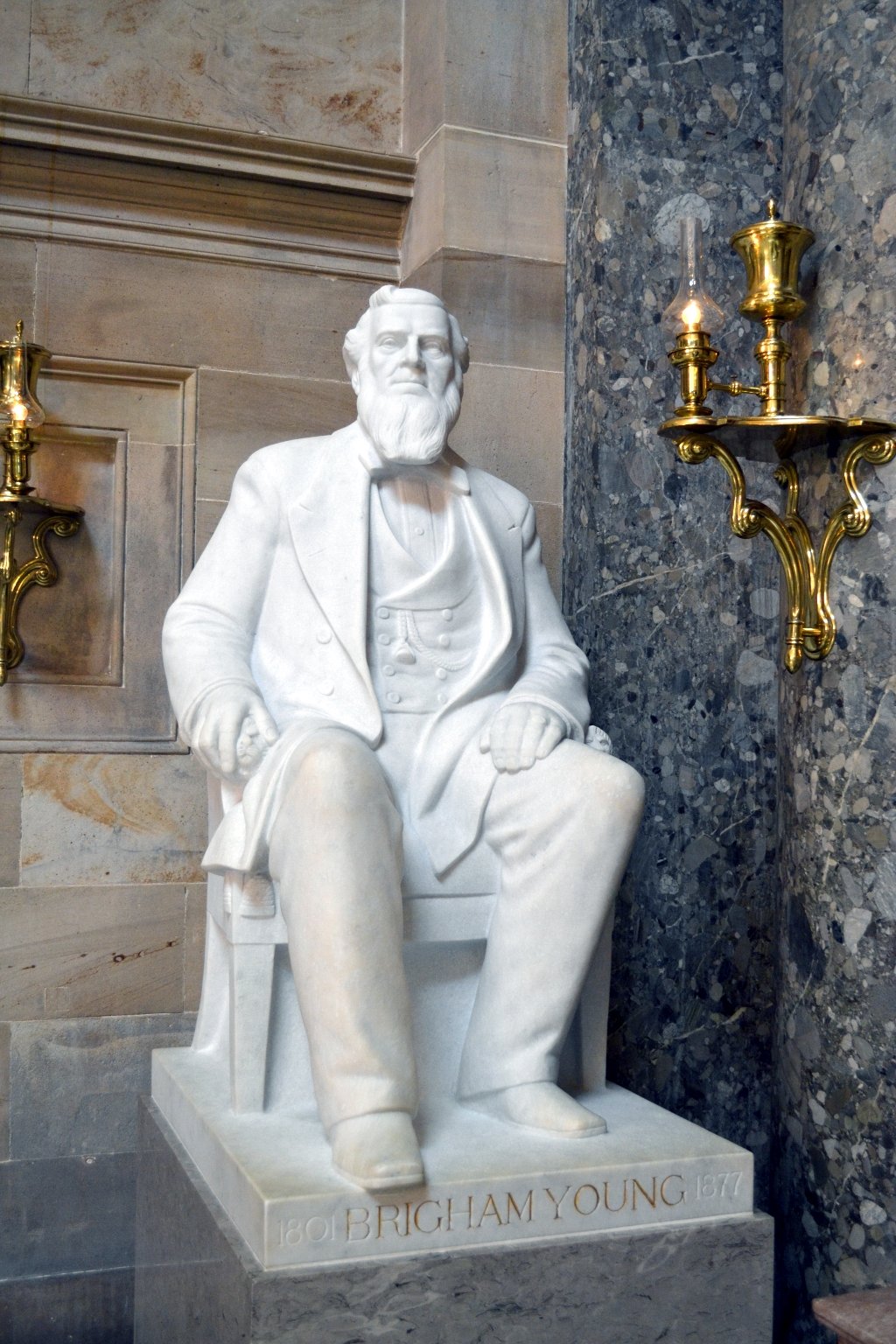 Considering the antagonism of the U.S. Government, and the Republican Party in particular, toward the LDS Church during his lifetime, Brigham Young would never had thought that someday a large statue of himself would be on display within the very walls of the U.S. Capitol building; nor that an active member of the church would someday be the Republican candidate and serious contender for President of the United States.

Definitely something to go out of your way to see if you are visiting the Capitol, as a kind of monument.

Our second unexpected encounter with Mormonism was at the Smithsonian Museum of American History. Just steps to the left of a bronze cast of Abraham Lincoln’s actual face, taken from his plaster death mask, prominently stands a Sunstone from the original Nauvoo Temple: 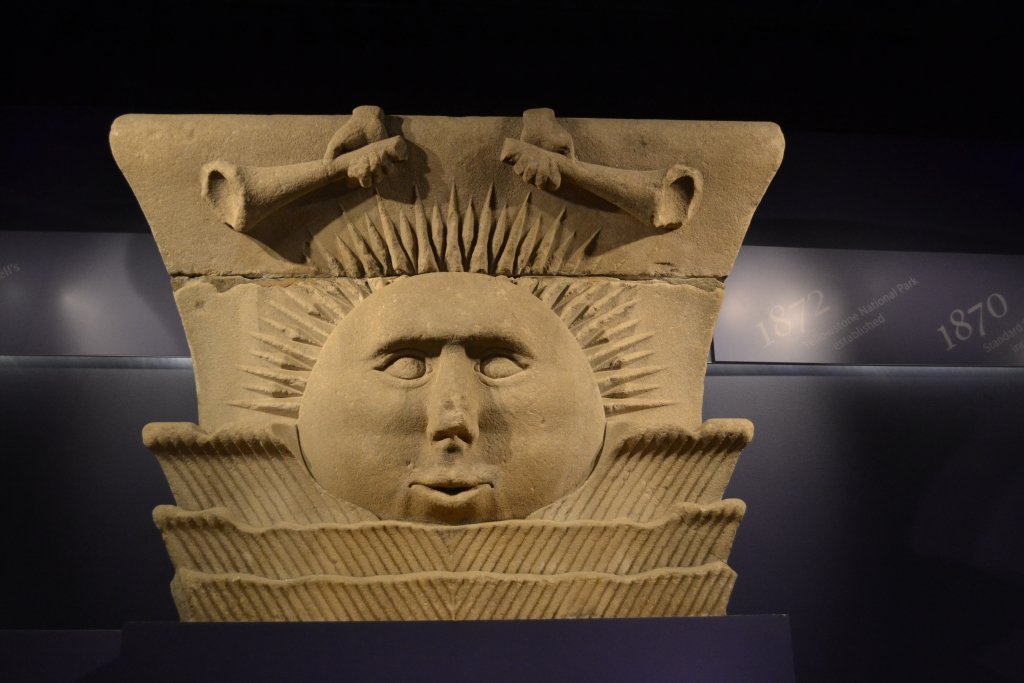 I should have remembered that this was in the Smithsonian, but I didn’t. We came upon it serendipitously.

The Latter-day Saints of Nauvoo had seen the prophet Joseph Smith murdered, and were driven from the beautiful and thriving city they had built out of the swamps with their own hands by vigilantes and mobs. The U.S. government and local governments turned a blind eye and allowed their natural and constitutional rights to be trampled by mobocracy.

That one day a stone from the temple they were forced to abandon would be displayed respectfully alongside the death mask of President Abraham Lincoln in the National Museum of American History would have been a ridiculous proposition to them.

The Nauvoo Sunstone is another small monument to Mormonism that you should see if you are at the National Mall.

The next photo is only tangentially related to Mormonism, but interesting nevertheless. On the inside of the dome of the U.S. Capitol Building, at the apex above the rotunda, is a beautiful, gigantic fresco painted by Constantino Brumidi in 1865: 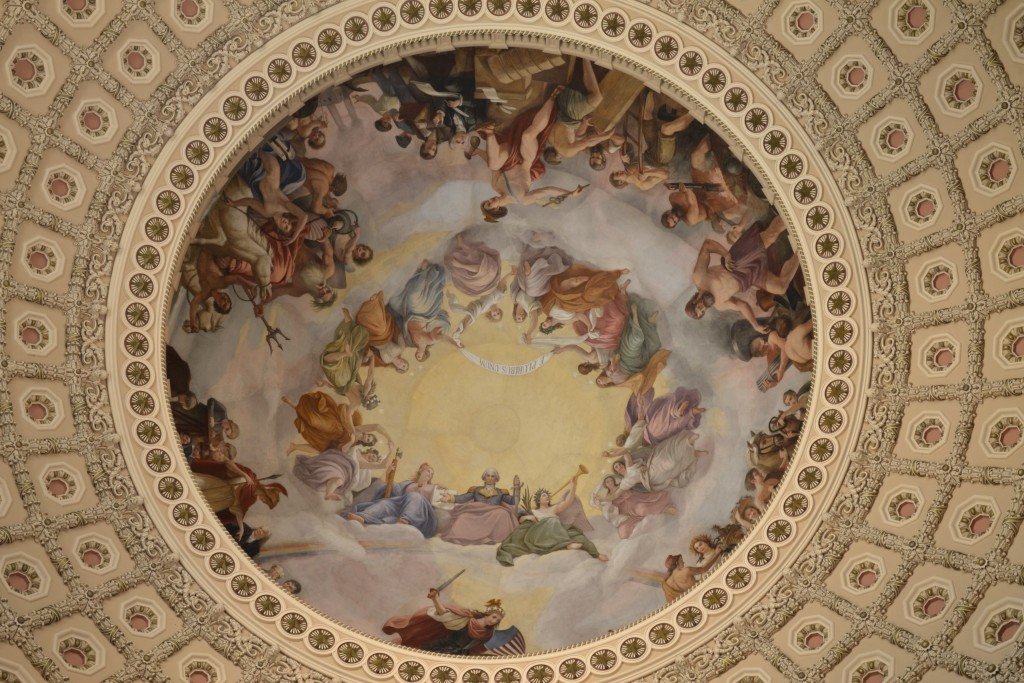 It depicts President Washington surrounded by characters from classical mythology in a presentation meant to represent George Washington becoming a god. The painting is titled “The Apotheosis of Washington“.

The term ‘apotheosis’ is familiar to the discussion of Mormon doctrine and Christianity. It means “deification”. In traditional Christianity, apotheosis, or theosis, refers to the idea that through Christ men can become “partakers of the divine nature.”

Mormons have often been criticized by other Christians for their belief that through Christ men can become literal partakers of the divine nature, or gods, even though that doctrine comes largely from the text of the Bible itself. And yet here, in the center focus of the U.S. Capitol building, the idea of deification is plainly represented.

Admittedly, the deification of Washington in the Capitol is more allegorical than the doctrine of the LDS church, which tends to be interpreted more literally. But even in the church, what deification actually means and what its implications are have not been revealed through the prophets. Much of what is associated with the idea in the church is unofficial speculation and folklore, not church doctrine.

The fact that it is depicted in the central artwork of the U.S. Capitol shows that apotheosis is not nearly as radical or foreign an idea as critics of the LDS Church would like to believe.

And the notion that deification is available, through Christ’s atonement, to all who are willing to submit to the will of God the Father seems uniquely compatible with the democratic sensibilities of the nation’s founders, in contrast to the divine right of kings, and the earthly deification of emperors and pharaohs in history. For good reason the LDS Church has been called a distinctly American Religion.

So the fresco is another thing Mormons may want to plan to see while in Washington.

There is so much to see in the Nation’s Capitol. We were only able to visit a small fraction of what we would have liked to. If there are other Mormon related items there that are readily accessible to visitors and that tourists might want to know about, please leave a comment about them.

2 Responses to Mormon Monuments at the U.S. Capitol and Smithsonian in Washington D.C.