As part of an on-going project to study the teachings of the authorities of the church over the years, several LDS bloggers are posting today on sermons given during the Saturday afternoon session of the April 1971 General Conference of the LDS Church. Links to the contributions from other bloggers are included at the end of this post. 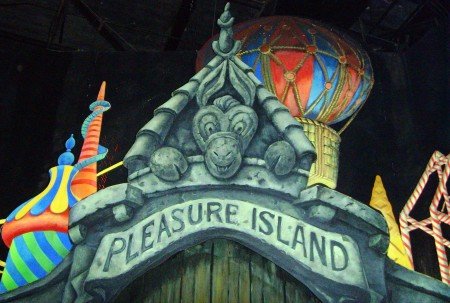 It is interesting to look back after half a century at what the leaders of the LDS church were saying about the Sexual Revolution as it was happening. In the April 1971 conference, Elder Milton R. Hunter spoke on the topic in a talk entitled “Thou Shalt Not Commit Adultery“.

Elder Hunter is not well known to most LDS members today. He received a PhD in history from Berkeley in 1935, but rather than continue a career in academics chose to spend his career in LDS religious education. He was called as a member of the  First Council of the Seventy in 1945.

As a general authority, Elder Hunter was well known for early research into archaeological evidence for the Book of Mormon.  He was partially responsible for popularizing the theory that the mythology of the Mayan god Quetzalcoatl retained remnant similarities to the account of Jesus visiting the Americas in the Book of Mormon, albeit distorted through centuries of apostasy– an theory that subsequent research suggests is very unlikely, even though the oversimplified idea that Quetzalcoatl was Jesus is still common in Mormon folklore. 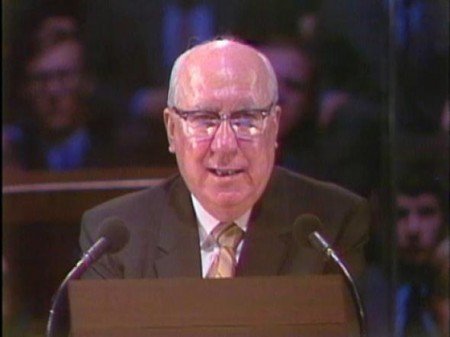 At the time of the talk I am discussing, Elder Hunter had been a general authority of the church for 26 years. He passed away a few year later in 1975.

“We are living today in a very permissive society. Having abandoned the ancient Christian morality, many people claim to accept a new morality, which in reality is to live contrary to the laws of chastity as proclaimed by God. We are living in a day when a sexual revolution is being proclaimed. Enticements to illicit behavior are found everywhere. Day by day a flood of them is growing worse in novels, magazines, movies, TV, and advertising.”

The role of entertainment and media in influencing people’s ideas about sex and sexuality cannot be overstated.

From the early 1930s until 1968, the U.S. film industry had a set of self-imposed rules regarding what kind of content was considered acceptable. It was called the Motion Picture Production Code. The code had been established in reaction to the threat of government censorship after risqué movie production and a perception of industry immorality in the 1920s. It limited profanity, nudity, drugs, the inference of sexual perversion, and even the ridicule of clergy. Sex was to be implied, but not shown and sexual relations outside of marriage were never to be depicted as positive.  Those standards were the norm for a quarter of a century. Then in the 1960s the influence of the code weakened and was abandoned in 1968 when it was replaced by the MPAA rating system.

Many historians have noted that the purpose of the code was not just to limit what was portrayed in film, but to promote traditional, Christian morality. It was widely regarded that media could be used to influence the attitudes and views of the people. The FCC was established in 1934 for related reasons.

It is strange to me that so many people I know speak as though the media that they consume does not have a strong influence on them. This is the polar opposite of the general consensus of the 1930s. Today, even some members of the church regularly watch shows full of not only positive depictions of sex outside of marriage, but explicit, graphic depictions of nudity and sexual intercourse, and what was previously considered perversion, and yet somehow think that it will have no affect on their moral senses regarding sex and chastity or upon their sensitivity to the Holy Spirit.

But entertainment media can and does influence the views of groups of people.

An excellent 2011 article entitled “The Guided and the Misguided” by Martha Bayles for the conservative Claremont Institute gives an in-depth look at how, starting with radio and then continuing into television, soap operas and telenovelas we explicitly designed with political motivations to modify the moral outlook of society.

And in the 2012 article “The Vast Left-Wing Conspiracy Is on Your Screen“, liberal writer Jonathan Chait has commented extensively on how entertainment media has been used to promote progressive views on a wide variety of moral topics and to undermine conservative views.

Historians note that the abandonment of the Motion Picture Production Code in the 1960s was strongly influenced by the rise of lurid and risqué content in magazines, novels, stage productions, and television. In fact, the shift in movies was partially motivated by a desire to compete with TV for consumers.

I’m sorry for this tangential foray into U.S. media standards (although I hope it has been interesting), but I think it helps give context to Elder Hunter’s words. The code had been in place for the majority of his adult life and had only been formally abandoned 3 years prior to this talk. He had literally experienced a major shift in societal standards of acceptable entertainment in just one short decade. And he correctly identified the role of entertainment media in the sexual revolution that was still unfolding.

We live in the aftermath of that shift and so the contrast is not so stark for us. Our sensitivity to such things has been modified, not by careful persuasion, argument, and choice but by casual inundation, submersion, and osmosis.

Elder Hunter notes that by 1971, even some progressive clergymen had joined the “new morality”:

“Many religious leaders have ceased teaching that sin exists. Where are the Christian ministers who stir their audiences with sermons on chastity; who proclaim condemnations of adultery and of all manners of immoral acts? Some ministers and religious teachers have become converted to modern permissive thinking and even have become advocators of it.”

He then warns that the “new permissiveness, or new morality, as it is often called, is nothing more than ancient immorality dressed in new clothing.”

It is easy to think that sexual permissiveness is new to us; that somehow we are uniquely enlightened on the subject of sex in all of history.  But the truth is that history is long and has forgotten more civilizations than it remembers. Each cycle is a new variation on an old theme.

Elder Hunter discusses the typical biblical examples of men who fell short of their great potential because of sexual sin, Samson and King David, as well as the ideal example of Joseph with Potiphar’s wife, who “rather than betray his ideals, […] went to jail, where he was confined in a dungeon for several years.”

In recent years it has become popular in some circles to say that the message of Jesus was love and acceptance. But that was not his message. His message was righteousness and salvation from sin. Elder Hunter notes that Jesus has reiterated his standards for sexual morality in the modern era in a revelation to Joseph Smith:

“Jesus Christ has spoken from heaven in our day and restored his gospel and church. He has reconfirmed the age-old commandment in several different revelations of ‘Thou shalt not commit adultery.’ For example, to the people of his church, through the Prophet Joseph Smith, Jesus Christ gave the following commandment:

‘Thou shalt love thy wife with all thy heart, and shalt cleave unto her and none else. And he that looketh upon a woman to lust after her shall deny the faith, and shall not have the Spirit; and if he repents not he shall be cast out.’ ” (Doctrine & Covenants 42)

I think this is an important point. Often debates revolve around what Jesus taught during his mortal ministry as recorded in the New Testament. But as members of the restored church, we don’t have to rely only on ancient records. We have modern revelations given to our era that reaffirm the law of Chastity and the rules for sexual morality. And living prophets to reiterate the Lord’s will as it applies to current concerns and trends.

We’ve come a long way since the Sexual Revolution overthrew the code. Even many devout members of the church don’t even think twice about the ubiquitous positive depictions of sex outside of marriage in entertainment. Our advertisements are so saturated with sexual imagery that we hardly even think about it. Some of the most popular shows on television are saturated with graphic sex, nudity, profanity, and blasphemy. These things are made to seem normal to us. Most of us can’t even remember a time when it wasn’t like this.

I wonder sometimes if there might be some relationship between the entertainment that LDS members consume and their views on marriage, sex, and homosexuality. Over time, the novels we read, the music we listen to, the television shows we watch, and the movies we go to modify our notions of what is normal and what is abnormal, what is good and what is bad. If we are not careful, we can become inured to those things that blunt the Light of Christ and offend the Holy Spirit.

I suspect that this is one of the major reasons why the church has also started to re-emphasize Sabbath day observance. Observing a day every week in which our thoughts, our actions, and our time is dedicated to the Lord allows us to become re-sensitized to things of the Spirit. If we choose to abstain from entertainment media on the Sabbath it can help us see a contrast between what the Lord teaches and what is presented in our entertainment.

Elder Hunter may be largely unknown among younger members, but his familiar message regarding Chastity is just as important today as in 1971 when the sexual revolution was still new. I challenge you to evaluate your entertainment media consumption and consider how it may be shaping your views and your sensitivity to spiritual things. Talk to your children about those things in entertainment that are contrary to God’s commandments. Help them to identify and be critical of ideas and actions that are treated as normal in the music, movies, and shows they watch, instead of being merely passive consumers of what the world gives to them.

Please visit these posts by other bloggers who are writing retrospectively about talks given in the Saturday Afternoon Session of the April 1971 General Conference: