LDS Conference April 1971- Hippies, Drugs, and Failure in the Home

Recently I told a friend about how I have been studying past LDS General Conferences and what an interesting and uplifting experience it has been. He suggested that it would be fun if several bloggers would read through past conferences and post about it on their individual blogs at the same time.

Back in the heyday of blogging there was this thing called a “blog carnival” in which several blogs would all write about a common theme and then interlink each other’s posts. We’ve recruited a few bloggers and we’re resurrecting the blog carnival concept. Today we are posting about sermons from the first session of the LDS General Conference of April 1971. Links to the contributions of other blogs are included at the end of this post. 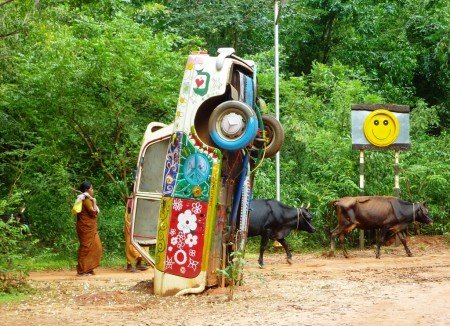 Monument to the hippie era.

It was the beginning of 1971. The United States was still enquagmired in the Vietnam War. Charles Manson had just been convicted of conspiracy to murder. The ban on TV advertisements for cigarettes had just gone into affect. The sexual revolution was in full swing and the ethos and styles of the Hippie subculture had entered firmly into the mainstream, including the recreational use of mind-altering drugs.

In this context, Elder Marvin J. Ashton who would become a member of the Quorum of the Twelve Apostles in December later that year, gave a message entitled “Love of the Right.”

After warning against a tendency to “mistakenly think the pathway of safety is somewhere between the path of righteousness and the road to destruction,” and decrying the idea that righteousness is determined through relative comparison to the wickedness of others, he launches into a remarkable discourse about drugs and drug users. 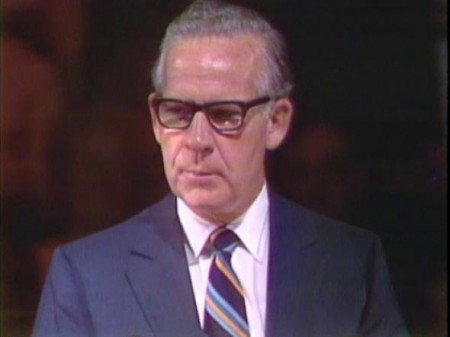 According to Elder Ashton, just a few days before the conference he had been travelling in Supai Arizona, at the base of the Grand Canyon, and had visited with some “hippie-type young people” he met there who were there looking for “escape.” They told him that nobody cared about them and that they didn’t care about “the establishment.”

While he certainly had strong warnings about the evils of drug use, Elder Ashton suggested that when looking at drug abuse or other social problems, we focus not on the symptoms but the causes. He was concerned about why young people felt a need to “escape.”

“If we as parents and friends advise our youth that drugs are bad, evil, and immoral, and yet we do not try to understand why our youth turn to this evil substitute for reality, then the drugs themselves become the issue and not the symptom of the greater issue of unhappiness. We need to know why our loved ones want to run from their present life to the unknown yet dangerous life of addiction. What causes a strong, lovely, vibrant young person to allow a chemical to control his or her behavior? What is there at home, school, work, or church that is so uncomfortable that an escape seems necessary?”

“If we were not faced with the evils of marijuana, LSD, speed, and heroin, we would be faced with some other type of escape mechanism…”

Here we are forty-four years later. The hippie subculture is now the subject of comedy routines and Halloween costumes. But we still have the cultural temptation to try to escape from the difficulties of life into what Elder Ashton called “a diabolic world of illusion.”

In addition to marijuana, LSD, speed, and herion, we now have new escape mechanisms that had never been dreamed of in 1971. The lie is the same: that we can find happiness by escaping from our problems and difficulties rather than confronting them directly and honestly. Elder Ashton described one person who said that “Drugs are a people substitute.” This is true of those who use pornography, video games, or binge entertainment as a “people substitute” because maintaining a relationship with real people in the real world is difficult or painful.

Elder Ashton suggests that youth will only develop this ability to face difficulties rather than turn to escape mechanisms if the parents have provided a loving home where they are neither overprotected nor deprived of affection.

“Parents, let’s make certain our youth are not continually exposed to the idea that the stresses of daily life require chemical relief. Factual information about drugs should be constantly stressed rather than attempts to frighten or shame. We must try to rear our children so that they are neither deprived of affection nor spoiled. We must give our children responsibilities according to their capabilities and never overprotect them from the difficulties they will encounter. As sure as some adults—mothers and fathers—continue to sow the wind, they will reap the tornado.

When temptations and challenges come there will be painful, trying times not only for our youth but also for their parents. Yet then, more than ever, it is imperative that there be love, understanding, and acceptance in the home so our youth can learn that only steadfast pursuit of God’s ways will bring a rich, happy life.”

It seems that Elder Ashton was concerned that the drug addiction might be the consequence of parental neglect or overindulgence of their children. That seems like a warning that is even more important today than in 1971.

Like many subcultures, the hippie movement included certain styles of dress and lingo. At the time, hippie fashion had gone mainstream. Elder Ashton warned against excluding or rejecting people based on their adoption of the styles of drug culture:

“The drug problem is severe today, and the Church is deeply concerned. Families, parents, and Church officers should do all possible to prevent or treat these evils. The rise of drug use is almost a subsociety within the larger worldwide society. People, young and old, who are part of the drug scene tend to adopt unusual dress, hair styles, and other mannerisms which set them apart. But unless they become offensive or unacceptable by reason of extreme behavior, we do only harm by rejecting them from our meetings and general fellowship.”

This is an interesting problem to navigate, with modern parallels. Often subcultures involve distinctive dress and language that serve as part of an identity. The church itself reinforces Mormon identity with dress conventions and jargon. The desire to maintain cultural identity creates a tendency to want to exclude those who bear the hallmarks of a contrary culture. Things like the dress standards in the For the Strength of Youth pamphlet (first published in 1965) or Brigham Young University’s prohibition on beards serve a valuable role in creating a shared cultural identity.

But Elder Ashton warns that we can do harm by too aggressively excluding those whose dress and language are those of a conflicting culture. As long as they don’t cross certain lines, we want them in our meetings and in our fellowship. But there are behaviors and levels of offense that might warrant exclusion.

People involved in other subcultures should certainly feel welcome at church, but we also must be wary of those who come to evangelize subcultures that are substantially incompatible with the teachings of the church. Someone who dresses and talks like a hippie should certainly be welcome, even if at a certain level their dress is a kind of advertisement for the hippie subculture. But someone who comes to church to win converts to the hippie belief system of free love and enlightenment through drugs may not be welcome. It is a balance that requires discernment, charity, and wisdom.

Moving on to the last thing I would like to highlight from his discourse,  Elder Ashton tells of a mother who was struggling with a wayward daughter. The mother approached him with a concern about an often repeated teaching of the church that “no other success can compensate for failure in the home.”

“I believe we start to fail in the home when we give up on each other. We have not failed until we have quit trying. As long as we are working diligently with love, patience, and long-suffering, despite the odds or the apparent lack of progress, we are not classified as failures in the home. We only start to fail when we give up on a son, daughter, mother, or father.”

Forty-four years later, this is still an important message for those who are dealing with addiction and wayward family members. Elder Ashton was concerned about the underlying causes for why people looked for escape through drugs and other mechanisms. He pointed to the necessity of a loving home where people were taught to confront difficulty in healthy, righteous ways. And as long as we don’t give up on each other, we have not failed in our obligations in the home, even if the choices of our loved ones take them in directions that are contrary to the Gospel.

Please visit these other blogs that are writing retrospectively today about talks from the Saturday Morning Session of the April 1971 LDS General Conference:

2 Responses to LDS Conference April 1971- Hippies, Drugs, and Failure in the Home