It is fascinating to watch language usage and meaning change over time. I am especially interested in instances where semantic shifts cause readers to anachronistically misinterpret texts that were written with an older sense. 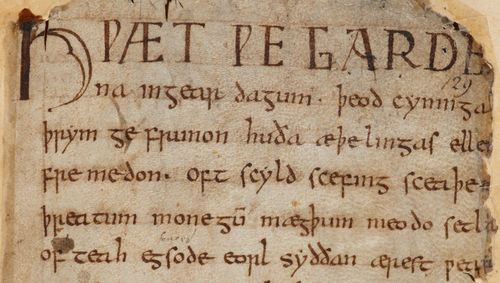 For example, the word “buxom” once meant “obedient or compliant”. Later it came to mean “happy or lively”. But when a modern reader encounters a “buxom damsel” described in text from the past they will likely be thinking more of her shape than her disposition, and in so doing misread the author’s intent.

Another example is the word “obnoxious”. It originally meant “vulnerable” or “exposed to harm”. There was a time when a statesman debating a proposed law in congress might have labeled his colleague’s argument “obnoxious” without causing much offense since he was only pointing out that the argument was weak or vulnerable. Yet when modern English students read Puritan poet Anne Bradstreet’s declaration that “I am obnoxious to each carping tongue / Who says my hand a needle better fits” they anachronistically see a statement of proto-feminist defiance where the author likely intended a self-effacing declaration of humility and vulnerability.

Which brings me to the primary topic of this post: I’ve noticed a funny thing has happened with the word “what”. People have started using it as a celebratory interjection.  Using “what?” as an interjection expressing surprise was already pretty common, but this is a bit different. People appear to be saying “what!” to express a kind of triumph.

I first noticed it in the television series Psych! But since then I have seen it used elsewhere. From what I have heard, it may have roots in hip-hop culture, though I don’t know for sure.

This usage of “what!” fascinates me, not because it is so new, but because it strikes me as so very old. It reminds me of the Old English epic Beowulf.

The first word in Beowulf is “What!” (though you wouldn’t know it if you have only read a Modern English translation). Translators tend to render it as “Listen!” or “Hark!” or “Lo!” or “We’ve heard”, but the word in Old English is “Hƿæt“– or “Hwaet” rendered with modern letters).

Over the intervening centuries of orthographic drift, the letter Ash (æ) has flattened to just “a”, and the letter Wynn (ƿ) was eventually replaced with the double-u (“uu”) which we now write as “w”, and the ‘h’ and ‘w’ swapped positions to give us “what”.

As a curious aside, my mother always insisted on pronouncing an aspirated “h” in “what” when she spoke. We, her children, always pronounced it without the “h”. She insisted that hers was the correct pronunciation. This is a well known linguistic shift known as the “wine-whine merger”. The reason why I bring it up is that her pronunciation of the “h” in “what” actually placed the “h” sound before the “w” sound. So even though the orthography has switched the positions of “h” and “w”, the pronunciation (at least in dialects where the “h” is pronounced) appears to have maintained the original positioning from Hƿæt! (Which kind of makes sense, since actually pronouncing the “h” after the “w” feels awkward.)

In any case, I find it fascinating that this new pop-culture use of “what” seems to echo and possibly reincarnate the Old English interjection that has long been out of use.

I guess hƿæt goes around really does come around. What!