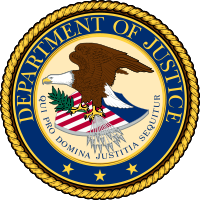 As you have probably already heard, the Obama administration announced this week that the president has decided that the Defense of Marriage Act (DOMA) is unconstitutional and he has instructed the Department of Justice not to defend the act in any court cases.  DOMA was enacted in 1996 by overwhelming bipartisan majorities in Congress and signed into law by President Clinton.

Before you get worked up about this, and I’m not saying that you shouldn’t, it’s important to identify exactly what has changed so that you don’t end up fighting the wrong battles.

First of all, the decision only applies to Section 3 of DOMA, which is the part that establishes a federal definition of marriage that overrides individual state definitions as far as national government policy and laws are concerned.  It does not apply to Section 2 which exempts states from having to recognize any same-sex marriages enacted by other states.  The DOJ will continue to defend the constitutionality of Section 2.

Secondly, the decision means that the DoJ will no longer defend the constitutionality of Section 3 in court but the Obama administration is still constitutionally obligated to continue enforcing the law (including Section 3) until it is either declared unconstitutional in court or Congress repeals it, and there is no indication that they wont continue to do so.

Finally, there may have been some people who voted for Obama partially because they were under the impression that he was against same-sex marriage who now feel like Obama has changed positions.  But he hasn’t changed positions.  Even while campaigning for the presidency, Obama was the most pro-same-sex-marriage candidate ever from either of the two major parties. Throughout his campaign Obama gave different groups of potential voters different impressions of his position on same-sex marriage and let them believe he was saying what they wanted him to be saying.  Personally, he believes that marriage is between a man and a woman.  But he has always explicitly said that he intended to work for the repeal of the Defense of Marriage Act and that he opposed Proposition 8 in California.  I wrote about this during his campaign (See: LDS Church vs Barack Obama on Same-Sex Marriage, Neglected VP Debate Issue: Obama’s Same-Sex Marriage Policy ).  So if you thought that you were voting for someone who was going to defend traditional marriage, you weren’t paying close enough attention.  But don’t blame yourself too much, Obama wanted you to come away with that impression. Be more careful in the future.

Anyhow, armed with proper information, you can now get outraged and go out and do what you can to oppose Obama’s efforts to undermine and eventually repeal the Defense of Marriage Act.