A Real Friend Will Say What You’d Rather Not Hear

There is an old saying from the Old Norse Edda, attributed to the god Odin, that says: “True bonds are formed where men keep faith and don’t hide their hearts. Anything is better than a breach of friendship– a real friend will say what you’d rather not hear.” (Poems of the Elder Edda, translated by Patricia Terry) 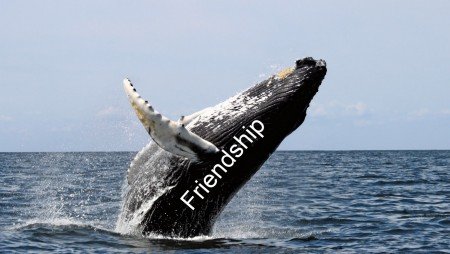 A breach of friendship is an act that violates the trust and love expected of true friends. As the ancient Norse wisdom literature points out, the real friend is the one who loves you enough to tell you truth that you’d rather not hear.

If a man is about to fall into a pit that he cannot see (or doesn’t believe is there), who really loves him: the friend who indulges his blindness to the pit for the sake of “friendship”, or the friend who calls him out on his danger even if it offends him?

True Christlike love isn’t simply avoiding offending others, it means truly caring for the welfare of their souls– and sometimes that means standing up for truths that will offend them.

But we cannot let the desire to not offend trump the truth or the promptings of the Spirit. That would be a breach of friendship.

Love does not cease to be love simply because it is expressed inartfully, nor does it cease to be love because the recipient of the love does not recognize it as love. Any parent who has taken a toddler to get vaccinated can tell you that love sometimes requires you to say and do things that your children will not perceive as love at the time.

The gospel isn’t only about making people feel good and accepted. The gospel is about declaring that sin is real, that the only path to true happiness and salvation is repentance and the grace of Christ– received through binding covenants administered by authorized representatives of Jesus. Love means inviting people to voluntarily submit to the admittedly difficult and sometimes painful path of Christian discipleship because there is no other way.

Speaking to the Relief Society in 1842, the Prophet Joseph Smith said:

“It is the object of this society to reform persons, not to take those that are corrupt and foster them in their wickedness; but if they repent, we are bound to take them, and by kindness sanctify and cleanse them from all unrighteousness by our influence in watching over them. … Nothing is so much calculated to lead people to forsake sin as to take them by the hand, and watch over them with tenderness.”

Our love should lead us to acts of kindness and service toward those who act wickedly. But fostering others in their chosen wickedness and sin in order to make them feel loved and accepted is a breach of true friendship.

Celebrating the sinful actions of others means that we either do not believe that what they are doing is wicked or that we do not really love them.

“Faithful are the wounds of a friend; but the kisses of an enemy are deceitful.” – Proverbs 27:6